Citadel of Blood: The 10 Year Quest 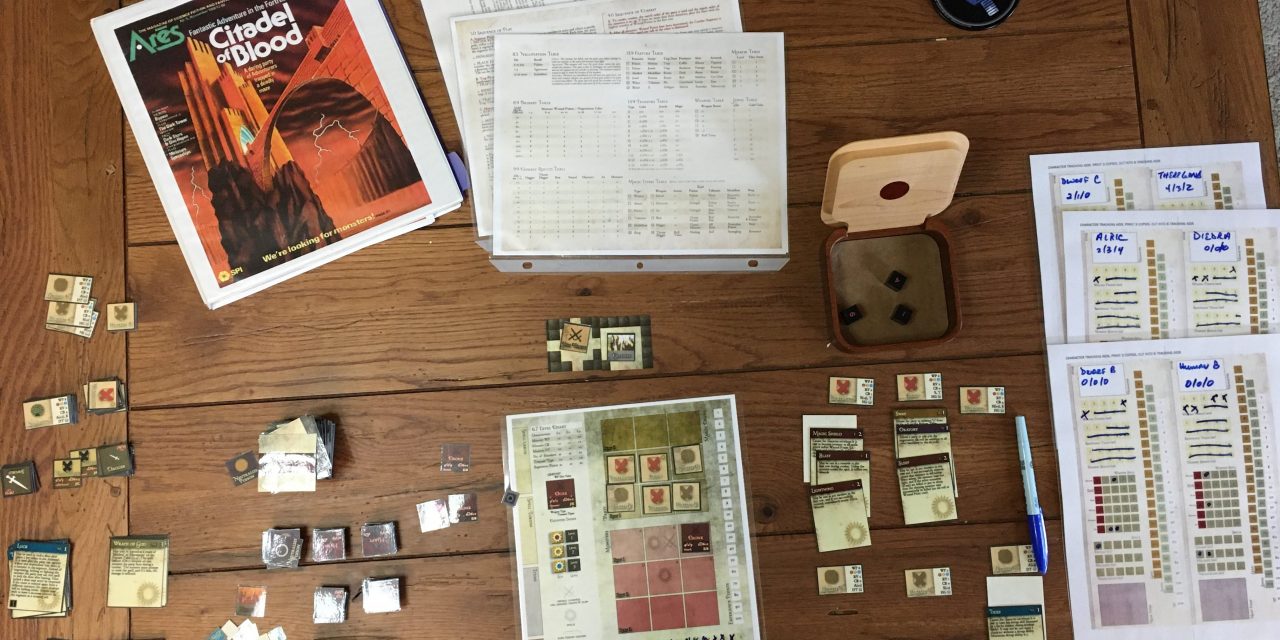 Somewhere around the 6th grade I found RPGs.  One game I remember fondly, which also happened to be my first solo game, was Citadel of Blood.   I remember punching out the unsophisticated cardboard chits and playing it, alone, in my basement.

For the past 10 years or so I have been looking for a copy of that game.  The problem was, that I couldn’t, for the life of me, remember its name!

Finally, I did stumble across it on Board Game Geek.  Much to my surprise and pleasure, not only had I found the game, but it had been ‘re-envisioned’ by Todd Sanders, who re-designed the board, pieces, and added some great play aids.

One of the great things about print-and-play games is that actual process of building the game, including the packaging.  It’s part of the fun.  For me, it’s somewhat like I imagine building a model is.  You spend a great deal of time and care putting together the pieces that someone else has created, give it your own twist, and then get to admire the finished product.   And, with a game, you get to play it too.

I finally gave this game a run-through today and it is a delight.  It’s as much fun as I remember it as a kid.  At its heart the game is a simple dungeon crawl.  It has characters that can advance, and a party of fighters you band together to defeat the evil mage X the Unknown.  The dungeon is randomly generated and the encounters are as well.  For the dungeons there are a stack of tiles and for the encounters there are some simple rules and a series of tables.

Sadly, my first band of adventurers failed miserably, their bones await discovery by the next daring group who dare enter the Citadel.  We did manage to find the Hellgate, part of the end goal, but were quickly defeated by X and his band of demons.

Alas X, we will return! 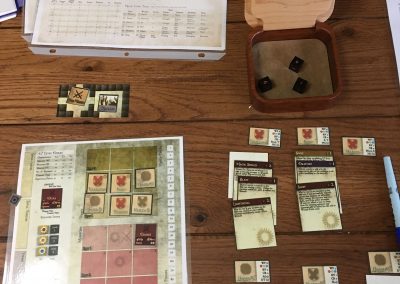 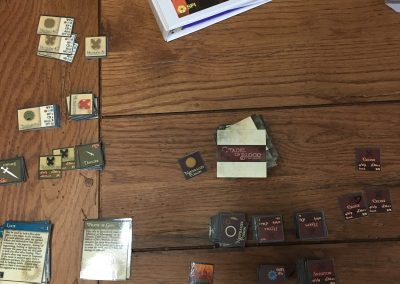 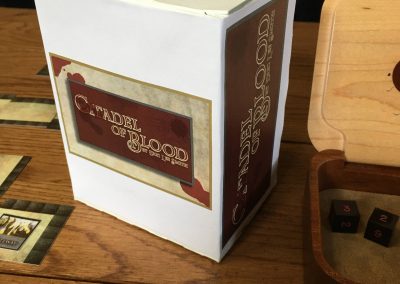 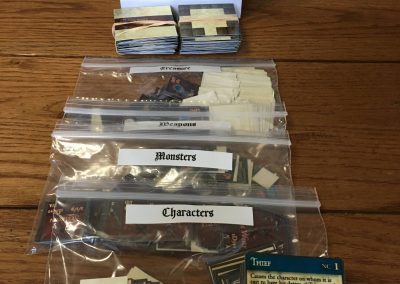 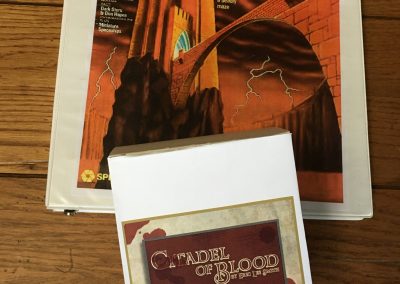 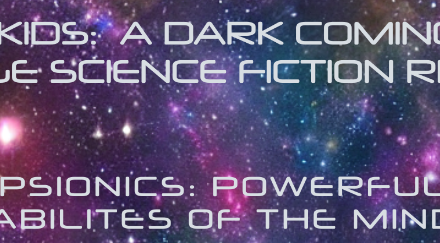 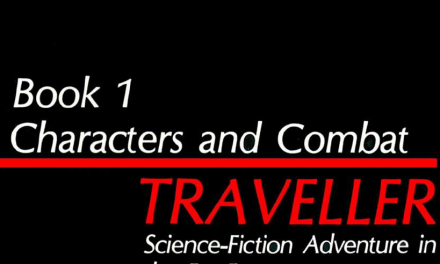 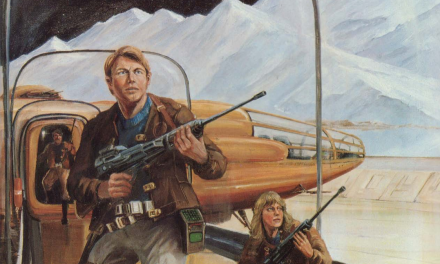 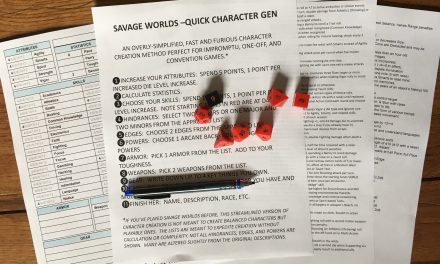